This was my first ever Partscaster. Body and neck come from Monster Relic. Pickups from Lundgren Pickups here in Sweden. A project that resulted in an series of articles in Sweden’s Musikermagasinet. I originally fitted it with a neck with a maple fretboard, but I decided to swap this for rosewood after a while. I thought that this would make it look a bit more like a ca: 1962 Fender Custom Telecaster proper (not to be confused with the Telecaster Custom of later years), which was the purpose of this build anyway. The all maple neck found a new home in a later build – the yellow(-ish) Telecaster that can be found elsewhere on this page.

The bridge is a Mastery Bridge. I decided to replace the bridge that came with the B5 Bigsby for the Mastery, and I never regretted this. Like all my partscasters, this one is finished in nitrocellulose lacquer, and this time the colour is Lake Placid Blue without the silver undercoating.

Pickups come from Lundgren Pickups here in Sweden. The BJFE neck pickup and a Vintage 7.5 at the bridge do complement each other excellently. 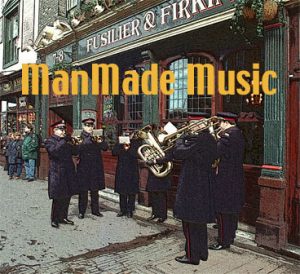